The Bishop's Stortford Mural is the original embroidery which is currently housed at South Mill Arts, South Road, Bishop’s Stortford.

The then Mayor, Sally Howard Smith, agreed to sponsor the project and the work began. Some 142 embroiderers took six years to complete the work.  They all had local connections and many had a personal interest in the buildings they worked on. The embroiderers included members of the Embroiderers Guild, the Townswomen’s Guild, members of church groups in Bishop’s Stortford and Little Hallingbury, local school children and many other needle workers.

Each of the seven mural panels depicts a period in the history of the town from the Ice Age up to 1990. They show the predominant buildings and architectural details, modes of transport, trees and some of the local personalities. It is made from fine crewel wool on canvas with its texture created by the many different stitches used.

In 1992, The Bishop's Stortford Mural, went ‘on tour’ to Alexandra Palace in London and also Harrogate in Yorkshire. It was selected by Thomasina Beck (an art and embroidery historian) as representative of 20th century needlework. In 1997, it was the subject of two articles by Sally Howard-Smith in Needle Arts, the magazine of the Embroiderer Guild of America.

Today, visitors from far and wide come to view the work, and it has encouraged many other towns to commit their history to needlework. 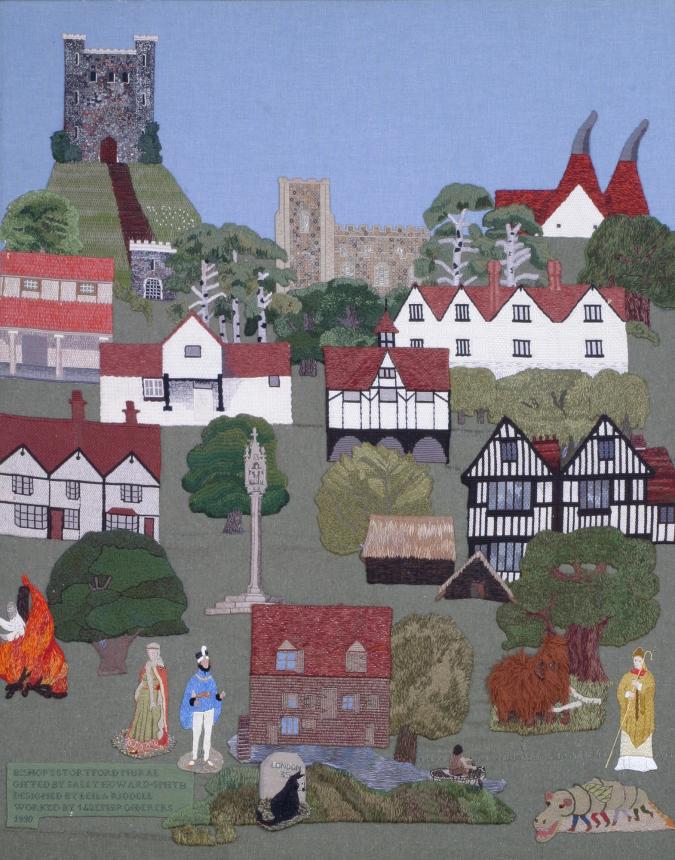 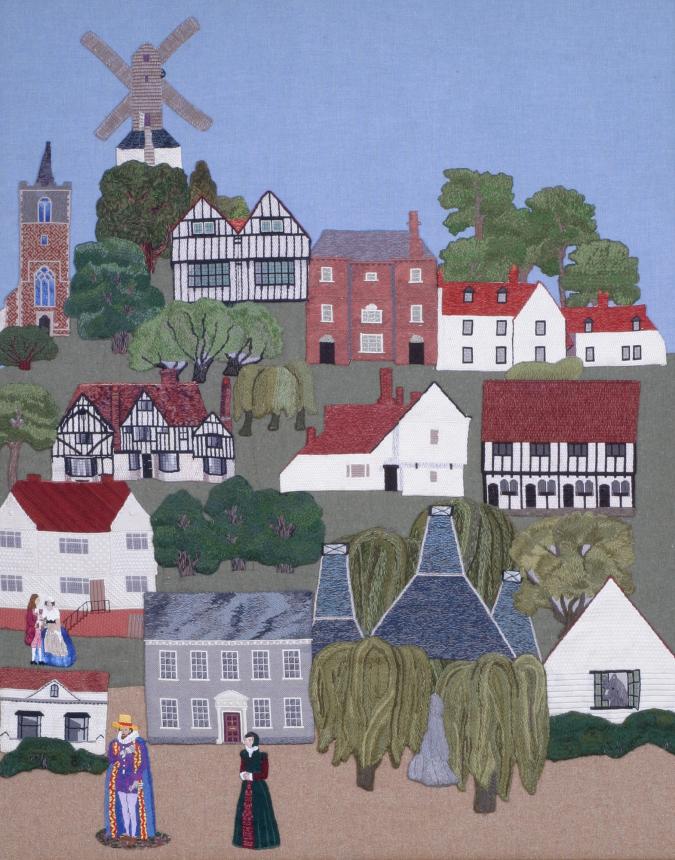 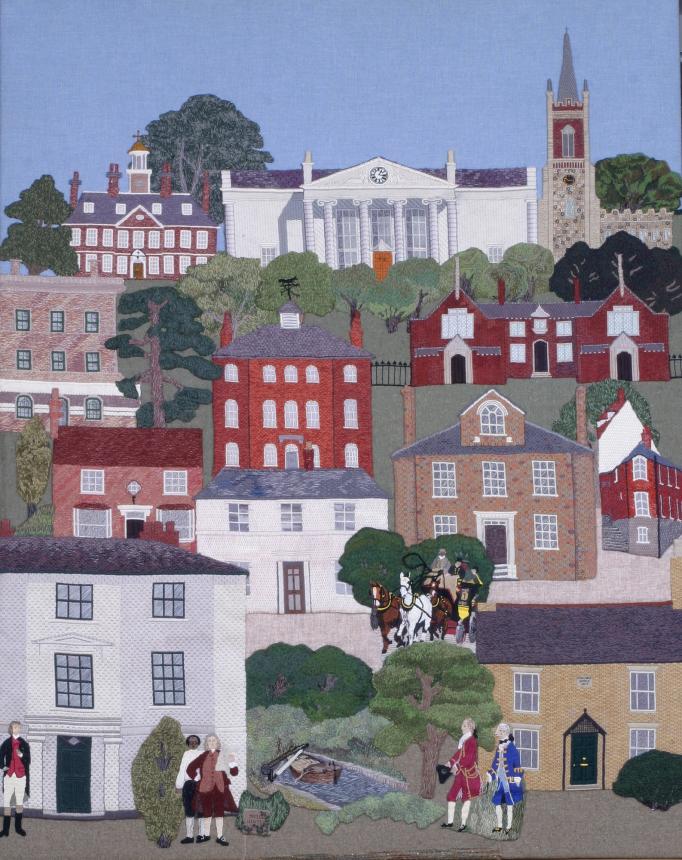 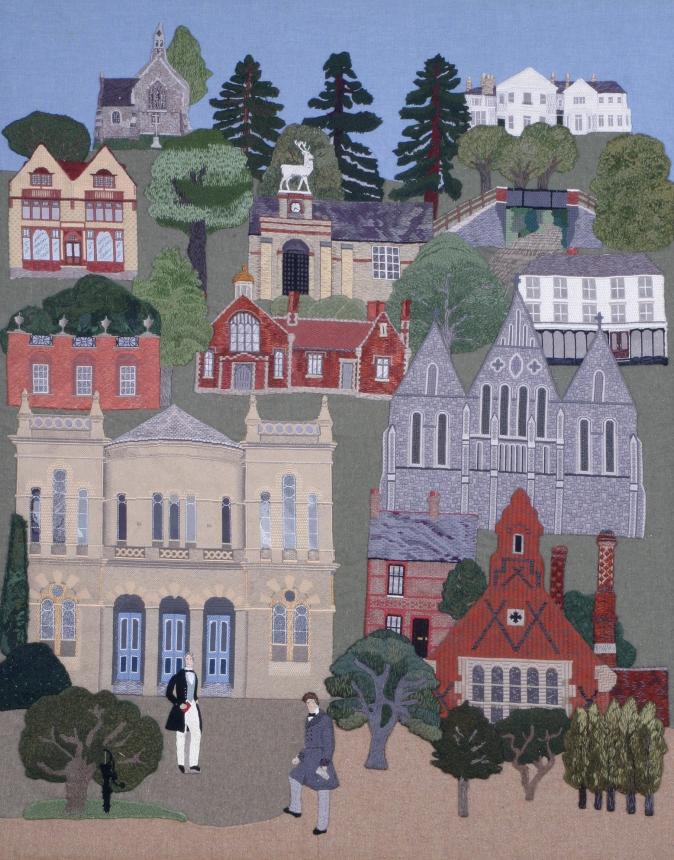 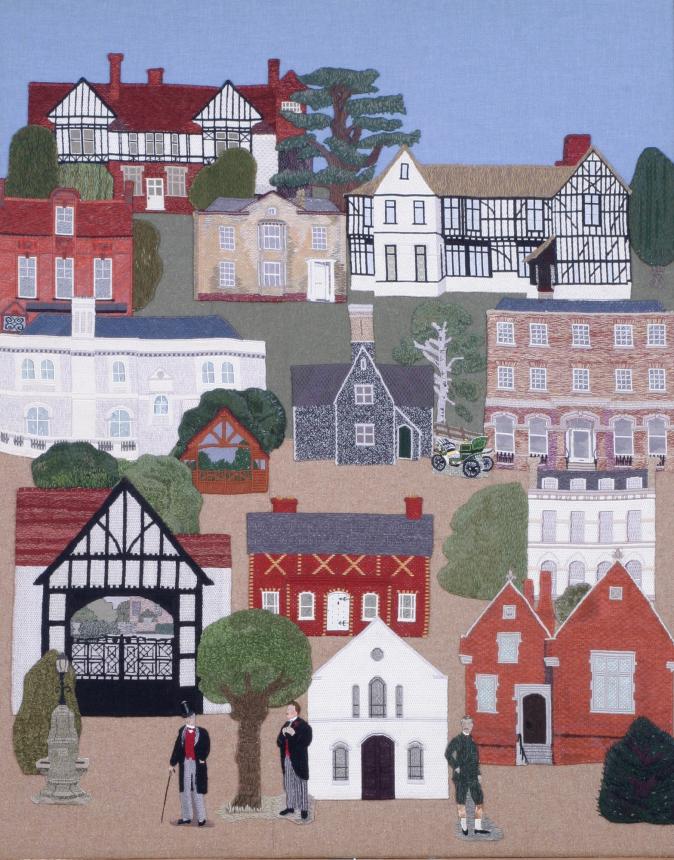 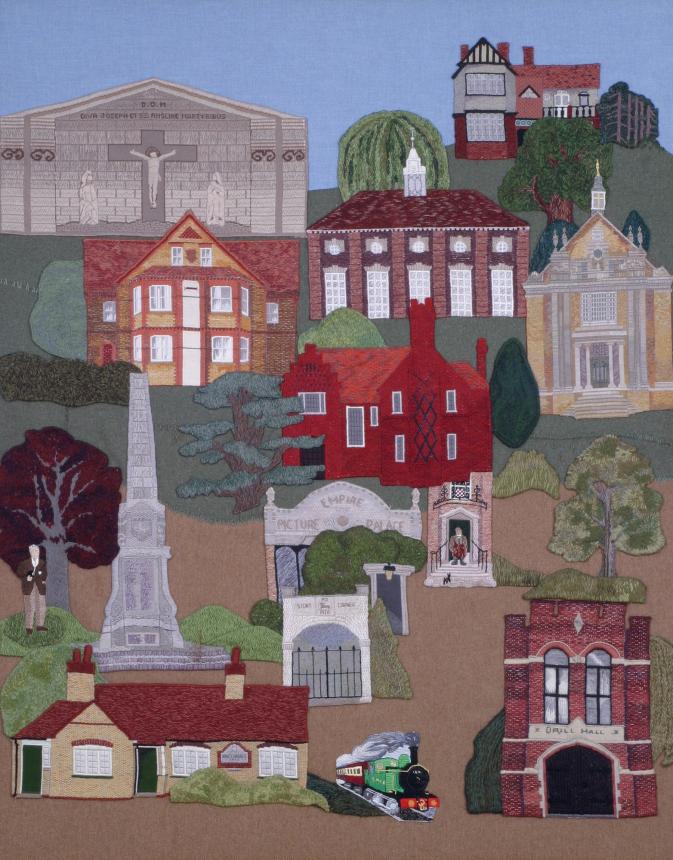 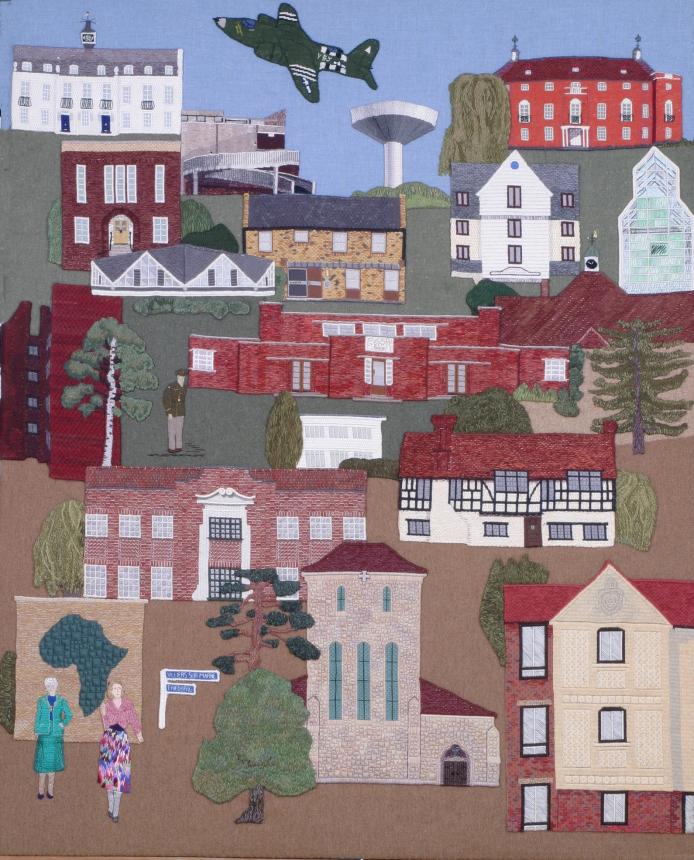 Venues for your community group, corporate function or social event.

Regular services such as Stortford Shuttle and the Hadham Hopper as well as self-drive minibuses for community groups to hire.

Seventeen Town Councillors serve Bishop's Stortford, find out about them.

Purchase a range of Bishop's Stortford Souvenirs and Guides